About Lower East Side NY

Lower East Side of Manhattan is a neighborhood along the East River that is bordered by Houston Street, the Bowery, and the Manhattan Bridge, with Orchard Street at its heart. A Jewish wholesale enclave once, this street now has a distinctive multicultural atmosphere, made up of fashion boutiques, French cafés, and velvet-roped nightclubs amidst the shoe-box shops, discounters, and bodegas selling nothing but T-shirts, designer fashions, menorahs, and other everyday items. In the past, the East Village was considered part of the Lower East Side, but today, it has gained its own identity and is a distinct neighborhood.

The Lower East Side, as well as all of Manhattan Island, was occupied by members of the Lenape tribe in bands that moved around according to the seasons, fishing along the rivers in the summer and hunting for food in the fall and winter. It is believed that their main trail took an approximately straight line along Broadway. The Lower East Side, near Corlear’s Hook, was home to an encampment that was known as Rechtauck or Naghtogack, depending on which name you prefer.

The bulk of immigrants who came to New York City in the late 19th and early 20th centuries settled in the Lower East Side, where they lived in cramped tenements. Huge numbers of German immigrants began to arrive in the area in the 1840s, resulting in a large section of the region known as “Little Germany” or “Kleindeutschland.” Italians and Eastern European Jews followed, as did Greeks, Hungarians, Poles, Romanians, Russians, Slovaks, and Ukrainians, who all settled into rather homogeneous populations. By 1920, the Jewish district, which included several pushcart merchants along Orchard and Grand Streets and Yiddish theaters along Second Avenue between Houston and 14th Streets, was expected to have 400,000 residents.

The clothing business in New York got its start here. In the past, the neighborhood has been known as one of New York’s favorite bargain haunts, where serious shoppers can find fantastic deals (especially if they go shopping on a Sunday afternoon along Orchard Street), but today that’s drastically changing as rents rise and cutting-edge new designers and boutiques previously found in SoHo move here. Certainly, it is the intersection of old and new, bohemian and upmarket, that’s home to some fashionable pubs and music venues, as well as an old no-nonsense establishment that may well serve you the best pastrami sandwich in the world, Gus’s Pickles from a barrel, and outstanding bialys. Much of this neighborhood is now part of Chinatown south of Delancey St.

It is easy to find bar and club venues on the Lower East Side. The area bordered by Houston, Delancey, Allen, and Essex is no exception. The nine blocks have been dubbed “Hell Square” due to their popularity with drunk, occasionally belligerent people as the night draws to a close. In general, passers-by will not be bothered, but it is probably not the most pleasant place to be after midnight because of all the noise.

Get A Free Quote! 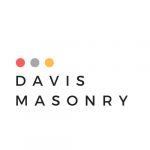